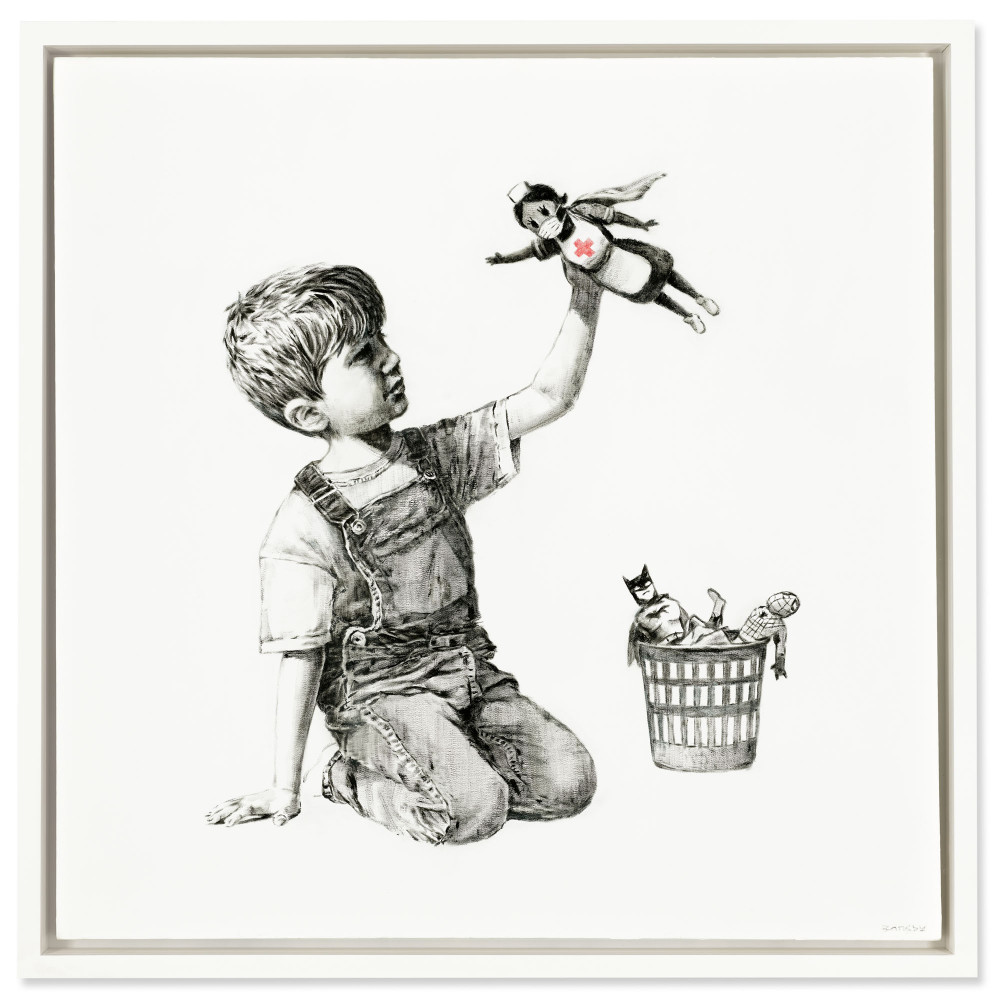 Christie's: Banksy record for a good cause

On Tuesday evening, 23.3.2021, Banksy's work "Game Changer" (2020) was sold for almost 16.8 million* pounds at the British auction house Christie's for a good cause and a new auction record. In 2020, Banksy had donated the one-square-metre painting to the University Hospital of Southampton in the south of England to thank the staff for their efforts in the fight against the COVID 19 crisis. The work depicts a boy playing with a nurse doll depicted in the typical heroic gesture - instead of the usual superheroes such as Batman or Spiderman.
The entire proceeds of the work, as well as a considerable portion of the artist's commission, will be donated to the University Hospital of Southampton and other NHS (National Health Service) organisations.

Christie's thus far surpasses the artist's previously existing auction record, which was set in October 2019 with "Devolved Parliament" (2009) at Sotheby's.
The identity of the "Game Changer" buyer will remain, as well as the artist himself, anonymous.