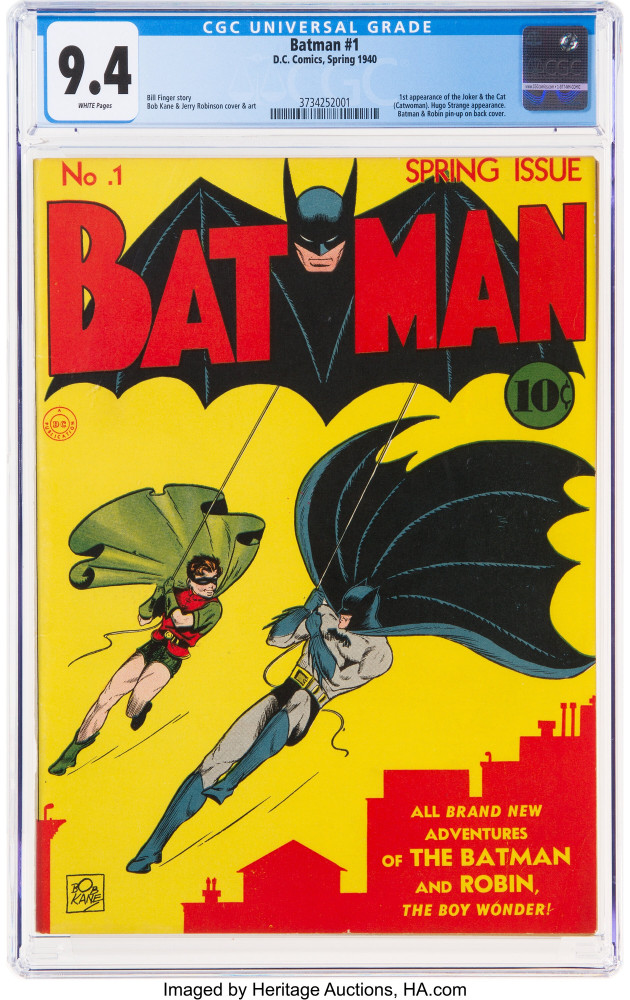 On January 14th 2021, a 1940 Batman comic book will be auctioned live at the American auction house Heritage Auctions, with the old record already having been overtaken - before the auction expires. As recently in November 2020, Heritage was able to auction a comparable example from 1939 for US$1.5 million*, which shows the first appearance of the Batman figure.

According to the auction house, the current object is an ideal copy that is in perfect condition. The historical relevance of the object should not be forgotten, as the fact that the characters Joker and Catwoman appear for the first time alone could make the ideal value for collectors decisive. This assumption is also supported by the current bid of over 1.9 million US dollars* (as of 01/14/21). The edition was originally auctioned in 1979 for $ 3,000 by a collector in Houston, Texas. In 1939 the price of such an edition was 10 cents a piece, converted today.

The auction "Comic & Comic Art Signature Auction #7239" is divided into several sessions from January 14th to 17th and can be followed live via Heritage Auctions.