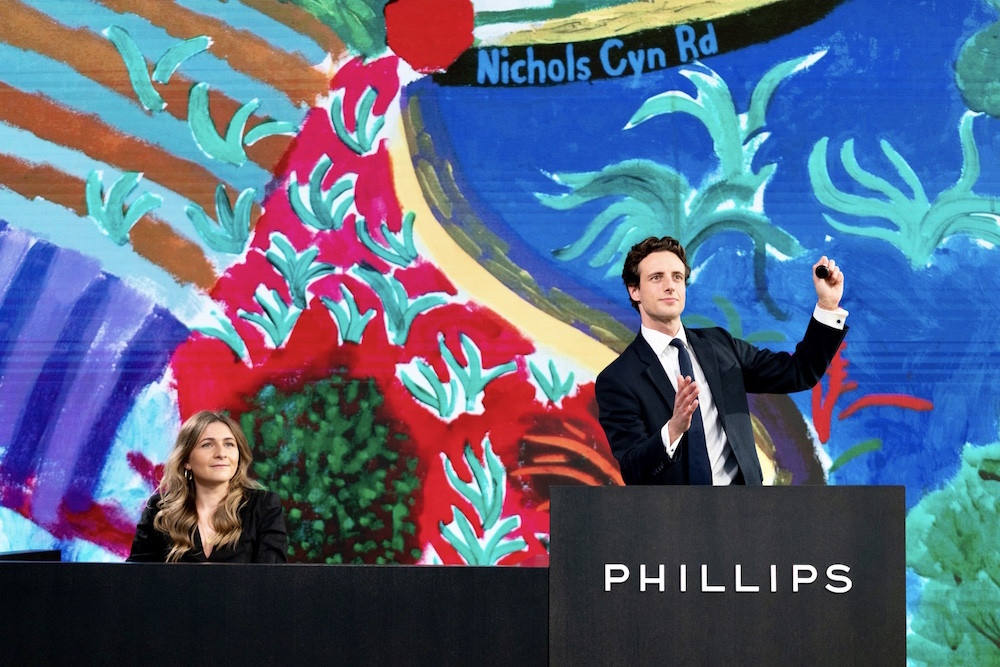 Although the total turnover of $ 135 million of the Phillips Evening Sale on the 7th December 2020 was expected, individual works were about to break new records.

Right at the beginning, the artist Amy Sherald, who became quite popular since her portrait of the former First Lady Michelle Obama, makes a strong entry with a hammer price of § 3.5 million (estimated price § 150,00 – § 200,00). Within this price, Phillips far surpassed the artist‘s previous record of § 350,000. In addition to Sherald, other records were set for the Afro-American artists Vaughn Spann, Kehinde Wiley and Mickalene Thomas.

Thus, the auction houses‘s sales strategy of mixing so-called Blue Chip artworks, such as those by Jean-Michel Basquiat or Davod Hockney, with fresh young artists is gradually crystallizing. With this hybrid strategy the auction house takes risks – with success. However, it should be noted that 14 of the 38 lots were previously guaranteed, the majority of which were financed by third parties.

What could also be observed at the Phillips auction is the global participation via the online portals, which were conspicuously strongly included by auctioneer Henry Highley. In this way, Highley repeatedly informed the telephone and room bidders of the sometimes surprising regions from which the online bids were registered.

It remains to be seen whether this is a further strategy on the part of Phillips to increase transparency in the area of online bidding and thus gain trust.
Go to top keyboard_arrow_up